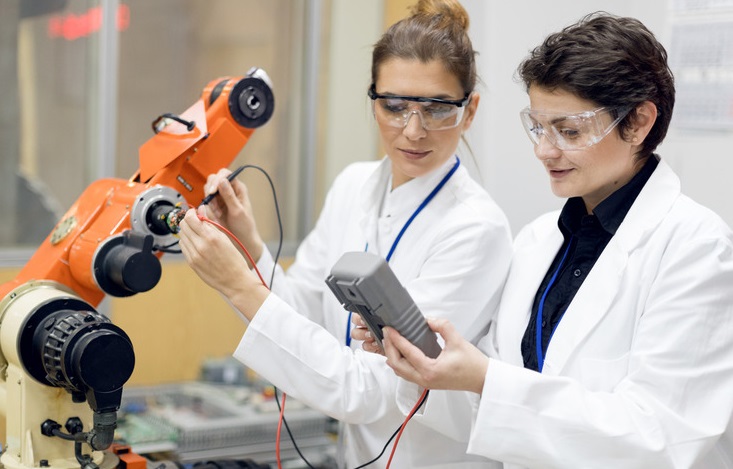 STEM (Science, Technology, Engineering and Math) professions are notoriously dominated by men. The gender disparity in this sector is frequently commented on, with just 12% of professional engineers being women. To encourage more young girls and women to get involved in the sector, today we celebrate International Women in Engineering Day. To mark this special occasion we want to celebrate some of Ireland’s more recent great female engineers.

Dr. Nora Khaldi – Dr. Khaldi is founder and Chief Scientific Officer of Nuritas as well as this she is a Mathematician with a PhD. in Molecular Biology. She started Nuritas in 2013 and it has gone on to become one of Ireland’s most successful start-ups in recent times. She has gained world-wide recognition for her work with Nuritas with it becoming the first ever Irish biotech company to be backed by the European Investment Bank.

Dr. Patricia Scanlon – Dr. Scanlon is the founder and CEO of SoapBox Labs as well as holding a PhD. in Speech Recognition and Machine Learning. Her work involves applying Artificial Intelligence to develop speech recognition technologies specifically focused on children’s speech. She was named as one of Forbes Top 50 Women in Tech in 2018 for her work and the success of SoapBox Labs.

Nikki Lannen – Lannen is the founder and CEO of Irish Virtual and Augmented Reality gaming company WarDucks. She was part of the team that founded Facebook’s first gaming division which led her to found WarDucks.. Since its inception WarDucks has received millions in funding. Nikki is a frequent contributor to the Irish VR scene holding regular meetups in Dublin to help encourage others with ideas in the industry.

Dr. Fiona Edwards Murphy – Dr. Murphy is the founder and CEO of ApisProtect an innovative company that monitors the health of bees. She received her PhD. from UCC where she developed an application of Wireless Sensor Networks (IoT) for honey bee health with Embedded Systems group in Electrical and Electronic Engineering which led her to found her ApisProtect. She is gaining huge recognition worldwide for her work in saving the bees.

Ann O’ Dea – O’Dea is founder and CEO of Silicon Republic one of Europe’s leading STEM news services as well as being CEO of Inspirefest which promotes inclusion and diversity in the tech industry. While she is technically not an engineer, she has been an advocate for the STEM industry throughout her career and deserves to be recognised as a leader in the promotion of diversity and growth within STEM.

Ireland is a nation of phenomenal women doing amazing things. They are saving lives, educating people, entertaining people, protecting the planet and much more. It is important that we teach young children about these amazing women so that they can be inspired to follow in their paths.

Sectors We Recruit For: